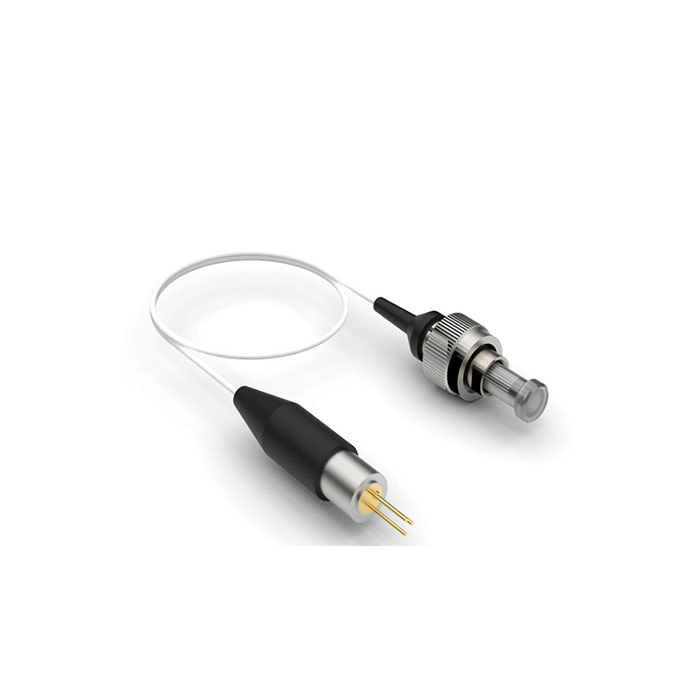 
Send email to us

660nm-50mW Red light diode laser is mostly used in medical applications. BWT has been committed to the research and development of lasers for many years, we provided 1,000 medical lasers in batches to American medical customers as early as 2005

The monochromaticity, coherence, directionality, and high brightness of the laser determine its advantages in medical beauty applications. The biothermal effect, photochemical effect, and biostimulation effect mechanism of laser and tissue make laser surgery have the advantage of a small incision, basically no damage to tissue or minimal damage, and less toxic and side effects.

- Please connect pins to wires by solder instead of using socket when operation current is higher than 6A.

- Soldering point should be close to the middle of the pins. Soldering temperature should be lower than 260℃ and time shorter than 10 second.
- Make sure the fiber output end is properly cleaned before operation of laser. Follow safety protocols to avoid injury when handling and cutting the fiber.
- Use constant current power supply to avoid surge current during operation.

(1) Data measured under operation output at 50mW@25°C.
(2) A non-condensing environment is required for operation and storage.
(3) Operating temperature defined by the package case. Acceptable operating range is 15°C~35°C, but performance may vary.

Write your message here and send it to us